Julia and Falaah got GovTech Innovation of the Month for the RDS Comic.

Julia Stoyanovich and Falaah Arif Khan from Data, Responsibly, designed the RDS comics to increase awareness of responsible data science. They got the Innovation of the Month for the RDS Comic.  They are interviewed by MetroLab’s Ben Levine.

The beginning of the interview recalls the start of the Data, Responsibly project where I participated.

Julia Stoyanovich: The name of the project was coined in 2015. Serge Abiteboul and I used it for the first time in our “Data, Responsibly manifesto” that was published as an op-ed piece in Le Monde (in French) and, in an extended version, in the ACM SIGMOD Record blog post. Then, in summer 2016, Serge and I, together with Gerome Miklau and Gerhard Weikum, organized a Dagstuhl seminar by the same name... 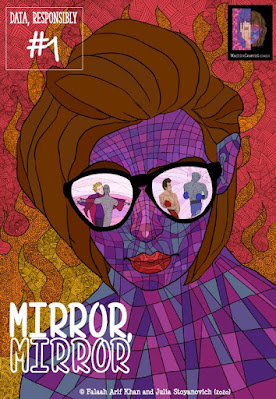 Posted by Serge Abiteboul at 23:54